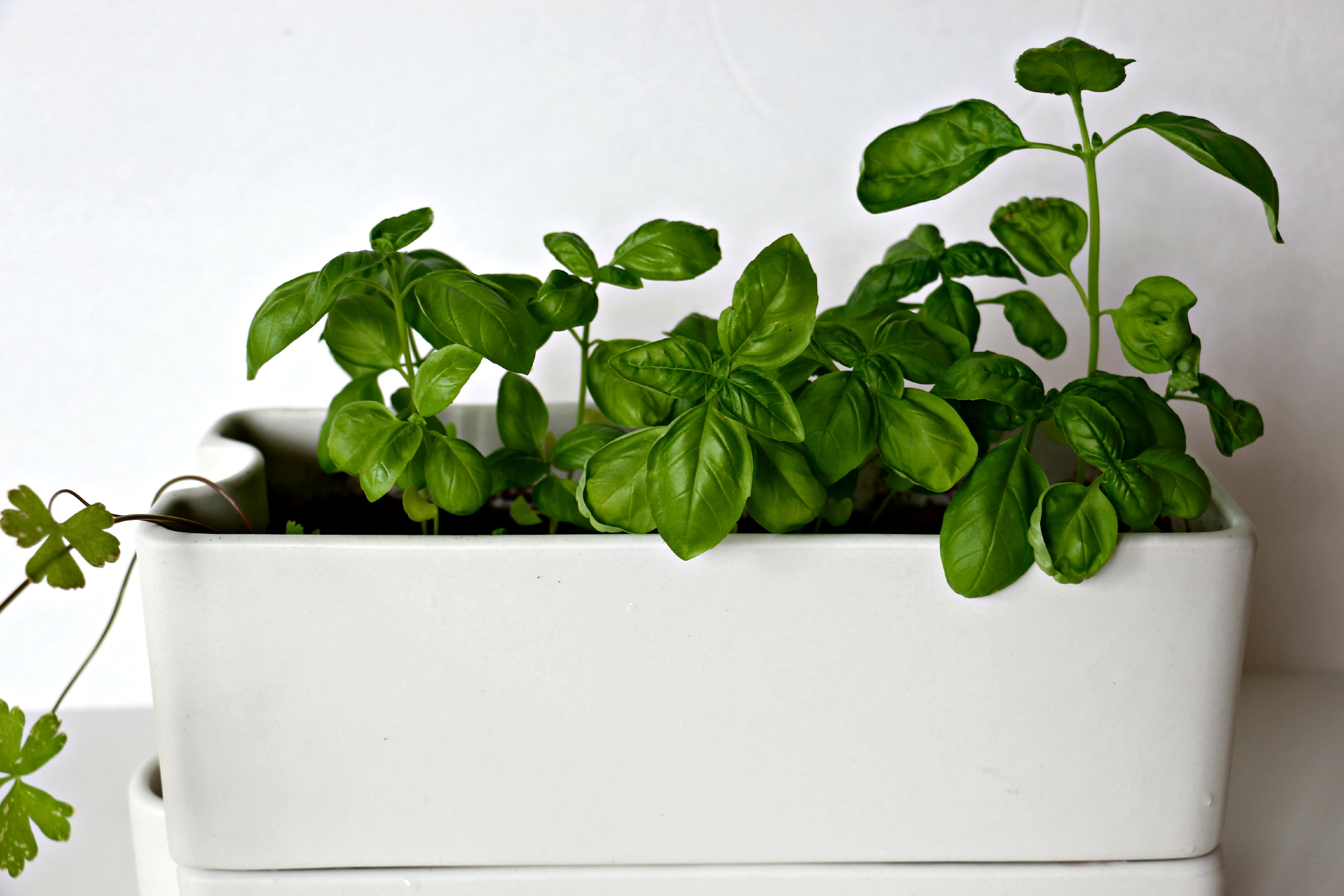 I have been a little MIA here on the blog. Things have been a little hectic here and haven’t had much time to sit and write. A few weeks ago I decided to surprise D with some planted herbs which he had told me he wanted. He had planted herbs a while back but we had to get rid of them when we got a fungus gnat infestation from a bad batch of soil we purchased. Since I had hogged all available windowsill space for my houseplants, I thought it was only fair to find a container that would fit in the tiny space available to grow a few herbs for him.  I purchased a self-watering planter from Ikea and planted a few basil seeds. To make things interesting I thought I would plant another herb with the basil,  but I could not remember whether I threw in a parsley or coriander seed (one seed only as I had ran out of space in the planter). Not to worry, I would find out soon enough what I planted, I thought.

Now, the self watering planter works by wicking water from the bottom reservoir container by capillary action up into the soil to the roots. This ensures the soil around the roots is constantly moist but not soggy. The planter came like as shown below. You just thread the rope (wick) through the two holes of the top container and you’re ready to go. Just add soil and seeds to the top container and water to the bottom reservoir.

After planting the seeds, I hid the planter among my plants behind the curtain in the sunroom from D for a few weeks until they grew to a sizeable height. Needless to say he was very surprised when I showed him the planter full of  basil and… coriander or was it parsley he asked? Now herbs (and the culinary arts) are not my thing, so I really couldn’t tell whether it was coriander or parsley giving that both the Italian parsely and coriander seed packets I had were opened. 😐 Do you know how to tell the difference between the two? I never really paid attention since I rarely use these herbs when cooking unlike D, so I had to do a bit of investigation. The answer was right on the packets! By looking at the pictures on the packet, I could tell the italian parsely (aka flat leaf parsley) leaves were pointed where as coriander leaves (aka cilantro) are rounded with more lobed leaf margins. Better Recipes have a great picture to differentiate the two, but basically I realized it was Italian parsely I had planted. Mystery solved!

It was a bit hard for me to use this type of planter at first because the surface of the soil always felt dry which made me feel like the system wasn’t working well. The basil seemed to be growing well, so really it was working just fine. I would sometimes be tempted though and water from the top…just to be sure! I fill the reservoir container about every 2 weeks.

Mmmmm I foresee several basil dishes in my future! 🙂